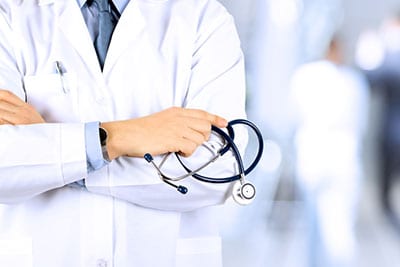 Most people think that strokes are something that only our grandparents should be worrying about, but that may not be the case. According to the American Heart Association, while cases of strokes have fallen about 20% over the past few years, cases of ischemic strokes in the 25-44 age range have had a surprising increase. Ischemic strokes occur when a blood clot blocks the flow of blood and oxygen to the brain. These types of strokes account for roughly 80% of all strokes1. A stroke can kill nearly two million brain cells, which could in turn lead to disabilities, and even death. It is time we all started taking strokes more seriously than we have in the past, and being informed and having a healthy lifestyle may be your best defense.

While only about 10% of all strokes occur in people between the age of 18 to 503, doctors are seeing risk factors increasing every year in young adults. These factors include high blood pressure, high cholesterol, smoking, and diabetes. It is suggested that most of these stem from the increasing obesity rate amongst young adults in the United States.

Young stroke survivors report the aftermath of a debilitating stroke as “devastating,” as they must relearn how to complete simple tasks, sometimes with only half of their body. What was once a simple task becomes much more difficult for them to do and achieve. Cases of depressions have also been reported amongst these stroke survivors, due to the overwhelming difficulty of relearning simple tasks they once took for granted.

Stories like these are not uncommon; Jolene Morton, for example, had a stroke early 2010 at age 33. The clogged artery stopped the flow of blood to the parts of her brain that control motor control, sensory perception and speech. It took Morton several months to learn how to communicate with others, walk, and even eat without the need of help again. Her stroke left her with seizures and chronic pain.

While nearly 80% of all strokes are preventable by eating well, exercising, not smoking, and limiting alcohol consumption1, some people may have physical factors that put them at higher risk for having a stroke. All strokes require immediate assistance, so recognizing the warning signs and symptoms is of paramount importance. One of the main problems is not getting care quickly enough when warning signs arise. People often do not know how to tell they are having a stroke, and disregard it as something else. It is important to watch out for signs such as sudden numbness in the face or arms, facial drooping, sudden tunnel vision and dizziness. These may be signs that you are having a stroke, and you should safely get to a hospital as quickly as possible.

Intercoastal Medical Group is a multispecialty practice specializing in primary care, and much more. With more than 85 doctors in eight locations across Sarasota and Manatee County, Florida, we make it easy to find a qualified doctor at a location that’s convenient for you. For more information about our services or to schedule an appointment with one of our doctors, please call Intercoastal Medical Group or request an appointment online.