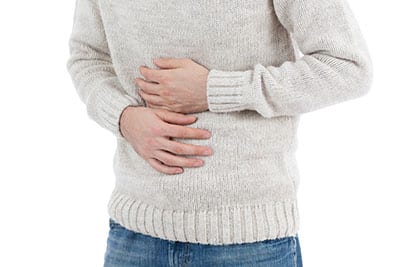 Today, there are gluten-free offerings stocking the shelves of every major grocery store and even gracing the menus of Michelin-star restaurants.

It appears there is a witch hunt against gluten – a general name for the proteins found in many types of wheat, including wheatberries, durum, emmer, semolina, spelt, and faro. Forty-one percent of U.S. adults believe that “gluten-free” foods are beneficial for everyone. But, is gluten really as harmful to our health as people think?

For a percentage of the population, consuming even minuscule amounts of gluten can result in large-scale complications. From an evolutionary perspective, grains such as wheat, barley, oats, and rye only became part of the human diet around 8800 BCE, when our ancestors adopted agricultural and harvesting techniques in the “Fertile Crescent”. These foods became staples of our diet, and those who could not tolerate gluten – in many cases – didn’t survive. However, scientists are struggling to discover just what has contributed to the staggering spike in both gluten intolerance and Celiac Disease. Cross-breeding of wheat, and the mass consumption of whole grains (as recommended by past food pyramids), are two factors cited as possible causes for the increase.

It’s important to understand that while the symptoms of Celiac disease and gluten sensitivity (or gluten intolerance) are quite similar, their causes are entirely different. Celiac disease, which affects only one percent of the population (or one in 133 people), is a rare autoimmune disorder; this means that it isn’t the gluten itself that causes a negative reaction, but rather the body’s response to the protein. When a person with CD consumes pasta, bread, or even beer, their immune system triggers their white blood cells to stage an attack on the lining of the small intestine. This is known as villous atrophy. Since the lining of our intestines is largely responsible for the absorption of vital nutrients, when it stops functioning properly, a host of detrimental effects, including malnutrition and osteoporosis can occur.

According to the American Academy of Allergy, Asthma & Immunology, there are many people who show symptoms of CD – such as weight loss, bloating, abdominal pain, gas, fatigue, diarrhea – but reveal negative results on blood tests and endoscopies. Researchers at the University of Maryland Center for Celiac Research are one team hypothesizing that Non-Celiac Gluten Sensitivity (NCGS) is caused by a direct reaction to gluten, rather than autoimmune response.

When a person with NCGS ingests gluten, the body views it as a foreign substance and “fights” it with inflammation in the intestines and elsewhere. It’s difficult to be diagnosed with gluten intolerance, as there are no scientific tests for it and no bio-markers available. For those struggling with the discomfort, it can be a confusing gray-area. Elimination diets are gaining popularity as a way to determine if gluten is indeed the culprit of intestinal troubles. This involves starting with a minimal list of food items that should not introduce any inflammation and moving forward from there.

If you sense that you may be struggling with a sensitivity to gluten or possible celiac disease, seek the advice of a reputable gastroenterologist. Devoted to diagnosing disorders affecting the intestinal tract, the GI doctors at Intercoastal Medical Group offer a host of cutting-edge tests and treatments. For more information, contact the Intercoastal Medical Group provider and location nearest you. You can also request an appointment online now.