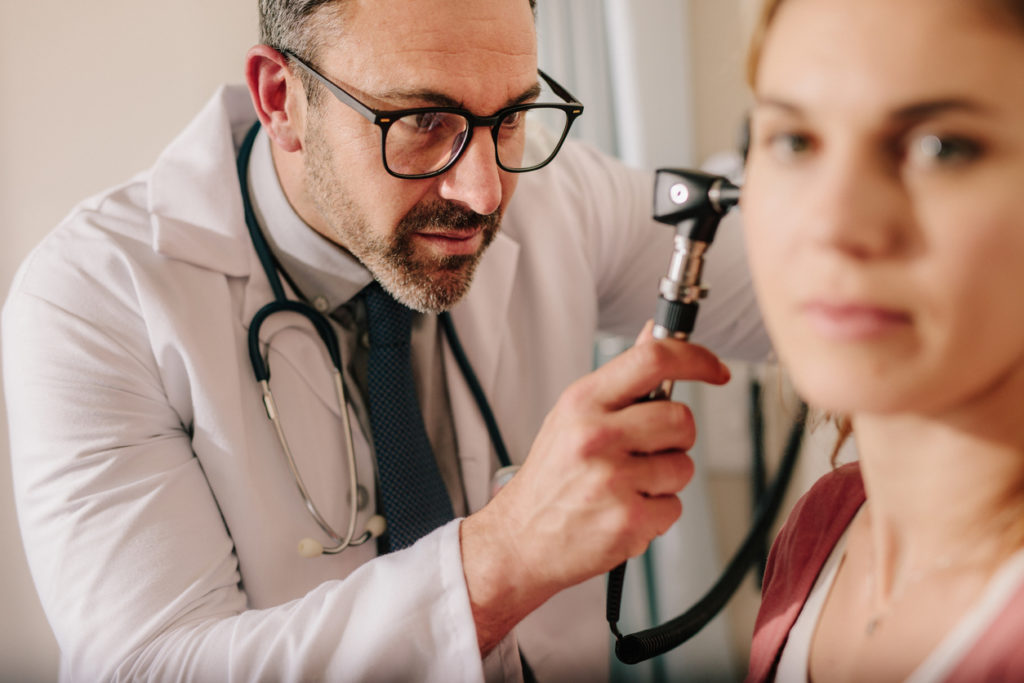 Otolaryngological disorders—also known as ears, nose, and throat (ENT) disorders—affect people of all age groups and are among the most common reasons for doctor visits in the United States. According to the Centers for Disease Control and Prevention (CDC), there were 20 million visits made to otolaryngologists (ENT specialists) in 2010 alone.

There is a vast variety of ENT disorders and an even more extensive range of characteristic symptoms. Let’s check out the list of the most common ENT disorders:

Allergic rhinitis also referred to as hay fever, affects approximately 5.2 million children and 19.2 million adults in the United States. Allergic rhinitis is an inflammation of the nasal membranes triggered by breathing in tiny allergen particles, such as animal dander, mold, pollen and spores, and dust.

An ear infection occurs when bacteria or virus infects the air-filled space behind the eardrum (middle ear), causing it to get inflamed.

Symptoms of ear inflection are usually rapid in onset. In children, common symptoms include fussiness, ear pain (especially when lying down), fever (100 F or higher), loss of appetite, and trouble sleeping. In adults, ear infection typically causes trouble hearing, ear pain, and drainage of fluid from the ear.

Acute sinusitis affects one in eight adults every year, according to the American Academy of Otolaryngology. Acute sinusitis occurs when the cavities around the nasal passage (sinuses) become inflamed.

Acute sinusitis is commonly caused by a viral infection (possibly the same virus that also caused the preceding cold). However, the condition can also be a result of a bacterial infection, albeit rare, only accounting for roughly two percent of cases.

Acute sinusitis symptoms often include headache; altered sense of smell; nasal blockage or congestion resulting in breathing difficulty through the nose; thick nasal discharge (usually yellowish or greenish); and pain, swelling, and pressure around the eyes, nose, cheeks, and forehead.

Sore throat refers to the inflammation of the back part of the throat (pharynx), thus also called pharyngitis. A sore throat can affect the back third of the tongue, tonsils, and/or soft palate (roof of the mouth).

Sore throat is commonly caused by bacteria and viruses, the latter of which accounts for 90 percent of infections.

Viral sore throat symptoms include dry cough; pain or scratchy sensation in the throat; runny or stuffy nose; and low-grade fever. Bacteria sore throat (also called strep throat), on the other hand, is accompanied by throat pain, body aches, fever, swollen lymph nodes, and tiny red spots on the soft or hard palate, among others.

Please contact your primary care provider for a referral to an ENT Specialist. If you do not have a primary care provider, Intercoastal Medical Group has 46 family medicine and internal medicine physicians between Sarasota and Manatee county. You may also fill out our online appointment request form or visit our website.